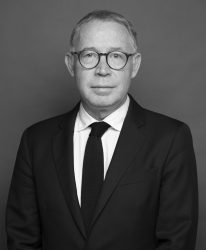 Martin Hunter, co-founder and a Managing Director with Yendall Hunter, has more than 30 years of experience in the construction sector, with over 20 years of experience in construction-related disputes, serving in both advisory or expert witness-related roles. Martin has worked extensively on projects in the U.K., as well as in mainland Europe, Africa, the Middle East, South America, the Caribbean and the Far East. Martin has been appointed as an expert on delay and quantum matters at the High Court in London, as well as in international arbitration (ICC/LCIA) , mediation, DABs and adjudication proceedings both in the U.K. and internationally.

Martin has been involved in major infrastructure projects worldwide with a depth of expertise in the construction of airports and runways, process plants, power projects, including integrated water and power projects, desalination plants, refinery projects, as well as pipeline projects. He has acted for both owners and contractors and provides delay and quantum advice both as an independent expert, as well as in an advisory role on live projects.

Martin has been appointed as an independent delay and quantum expert on numerous occasions and his given oral testimony and been cross examined both in Court and before arbitral tribunals more than 25 times, in London, Paris, Dubai and Geneva, as well as in the US.

Martin has been involved in the review of distressed projects and has undertaken fraud and black hole investigations on behalf of funders.

Prior to co-founding Yendall Hunter, Martin was a partner at Alvarez & Marsal for six years co-heading the international Construction Disputes & Advisory practice with Andrew. Before that Martin was a Managing Director with Navigant Consulting in London. Previously, Martin spent many years working in private practice as a Chartered Quantity Surveyor, as well as for a large defence contractor, both in the UK and overseas.